This week I have been feeling a little overwhelmed with the amount of new material I am trying to absorb.  Think drinking from a fire hose.  I know it’s a cliché, but that is what it feels like.  And, it’s only week 3!  I only have 9 weeks left to master all this new material on HTML, CSS, JavaScript, jQuery, the console, Git and GitHub, frameworks, etc., etc.  It reminds me of simulator school when I was a pilot learning a new aircraft.  It was the same drill, drink from a fire hose of new information every day until you think you will drown in endless facts to be memorized.  I’m hanging on though.  Just like then, I’m hanging on, knowing that eventually it will begin to absorb and before you know it, you’re flying the airplane like a pro.  Or, in our case programming like a junior developer!

For those that haven’t been through a boot camp, simulator, or other condensed training program, I’ll elaborate a little more so you get a feel for what it’s like and whether this is something you might want to try.

It’s not that I, or any other student for that matter, can’t watch the videos and complete the assignments, because I can do that without issue.  Trying to absorb, understand, master, and be able to recall all that information in order to complete my own custom project by the end of week twelve, now that is another thing.  I’m sure I’ll get there, but I am feeling a little bit like an imposter this week when calling myself a front-end web developer.

During the orientation they warned us about imposter syndrome.  The short definition of imposter syndrome might be described as when you feel like you will be discovered for not being a “real coder.”  The longer definition of impostor syndrome (also known as impostor phenomenon or fraud syndrome) is a concept describing high-achieving individuals who are marked by an inability to internalize their accomplishments and a persistent fear of being exposed as a “fraud”.

They warned us that everyone feels that way at some point.   It is prevalent in the IT industry because there are so many languages and disciplines.  It is impossible to know everything.  You are always running into someone who knows more than you, or at least knows different areas than you.  In spite of learning a great deal of new material, it seems there is always more to learn and you can’t help but compare yourself and your own level of knowledge to your instructor or even other class mates who seem to be much further ahead.  In spite of significant accomplishments, it becomes very easy to doubt yourself when struggling to learn new programming concepts.

When I was first learning how to fly airplanes the FAA had a term to take a little pressure off pilots in training.  I was advised to use the term “student pilot.”  This term also served to alert the air traffic controllers to speak a little slower and be ready for anything.

“Indianapolis Approach, Cessna N5491J, 20 miles west, inbound landing international with information delta, student pilot.”  The controller would then speak a little slower and help guide you along with a little more patience than they would with someone who was already supposed to know how to fly the airplane and speak with ATC.  Maybe I should add “In-Training” to my self-declared title.  John Hendrix, Front-End Web Developer, In-Training.  That might take some of the pressure off.

One of the things that I love about the IT industry in general, and the developer community specifically, is the feeling of welcoming and encouragement.  Maybe its because everyone has been there and knows what it’s like trying to learn to code.  That and the fact that the learning never ends in IT.  In some industries the veterans have mastered their craft and some of them forget what it was like trying to get started and how difficult learning can be for the rookies.  Not in IT.  In IT everyone is a student for life.

This weeks Treehouse.com courses are CSS Selectors and jQuery Basics.  I’ve also been busy this week with some job interviews. Whoop, whoop! There is nothing quite as encouraging as completing an interview and then being asked to proceed on to the next step in the interview process. Fingers crossed!  See you next week. 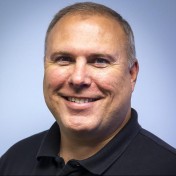